My crappy little server gets an upgrade; perverts game back online; politics

My primary server, "marvin", just got an upgrade from this: 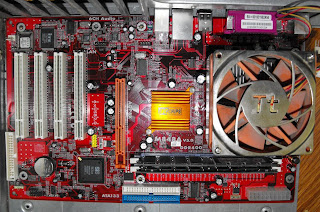 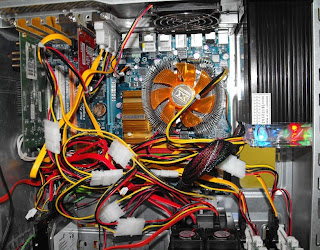 Ok, so the video isn't that great. It is primarily a server, after all. The FX 5700 ultra is AGP, so I had to rummage around in the scrap bin to find a PCI video card. The next phase of updates will include a PCIe video card and 6GB more memory.

Anyway, since I now have plenty of CPU cycles to spare, I've decided to bring back the "Pick the Perverts" game. Can you tell a pervert just by looking at him?

Also, since this is probably the last blog in the world that hasn't mentioned Obama, here goes: Thank the FSM! He'll have a tough job restoring the economy, but he certainly can't do worse than Dubya.
This is truly history; Obama has broken out of the mold set by the last 43 presidents. Maybe in my lifetime, we could even have an openly gay or Atheist president. One can only hope...
Posted by Katie Stafford at 8:31 PM No comments:

Wow, it's been almost two years since my last blog post. Not that anyone reads it. I guess that means you don't exist...

Anyway, I've just finished migrating my website to Lighttpd. It was a pain in the ass, but I should get a little more performance out of it.

So, if you see something broken, let me know.
Posted by Katie Stafford at 6:57 PM No comments: