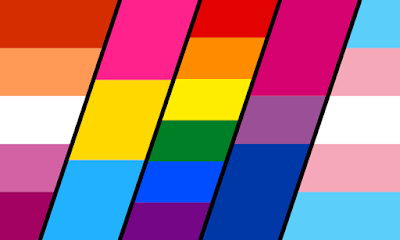 Today, October 11, is National Coming Out Day! I've talked about my experiences in depth on this blog before, so this is a bit redundant:

My name is Katie Stafford. I am bisexual. I am transgender. I refuse to hide who I am or debate my existence with anyone.

When I came out as trans, most of the reactions were positive or mixed.

Not all reactions were positive, though.

When most people think of "coming out", they think of news stories - celebrities, politicians, actors, other public figures. In reality, coming out is a long process. It must be done multiple times and tailored to the each individual person or group. Sometimes it's easy, and sometimes it's hard. It takes strength and courage, even coming out to people you know are supportive. If someone comes out to you, the best thing to do is to show your support. Be positive. Get excited! It means they care enough about you to share their feelings with you. Don't question if they are serious. Don't assume it's just a phase. Nobody comes out without putting a lot of thought into it.

So, I'd like to send my love and support to everyone in the LGBTQ+ community, whether you're out, in the closet, or just coming out today!

Happy Coming Out Day to you too Katie! I've been out for 26 years now, and no turning back ever.